I took this shot July of 2012 with my Pop’s FujiFilm S5700 after visiting with he and my Mom. Most of my shots suffered greatly during most of 2012 due to many factors: My beloved Canon Powershot S3is died and I had to learn a new camera( minor issue), Pops had a heart-attack due to the stress of being Mom’s diagnosed with stage-four lung cancer, and the knowledge that I had just spent the last Mothers I ever would with my Mom. Oh, we also had a family member living with us who was suffering from severe depression. To say 2012 was a hot-mess of a year would be an understatement but I still had nature and photography as my solace. It was a place where I could go and listen to and for the quiet things. It allowed me the space to detect the whisper that is faith and to connect to hope. I found those thing through the lens and in the smallest of things like this quiet, lovely little Fleabane. 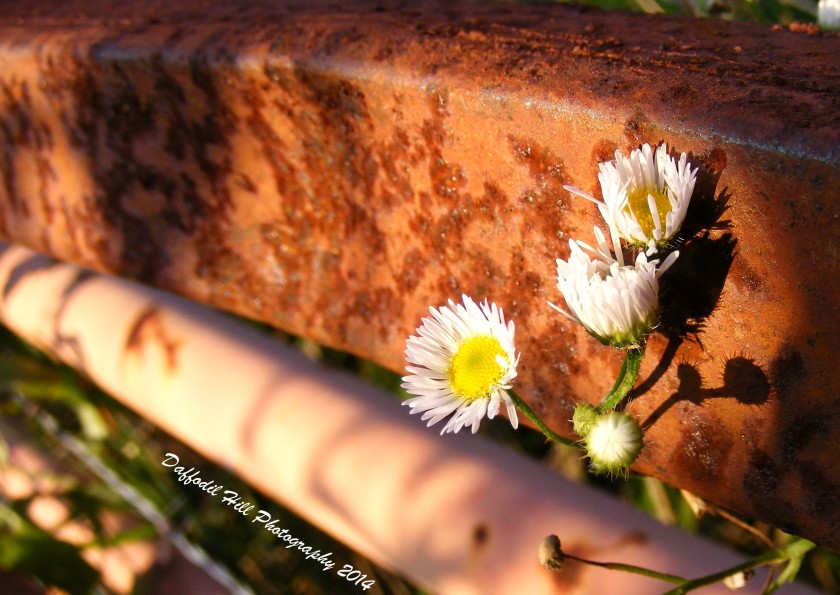 As I took a break from my finishing the drywall in the bathroom I had an epitome: A bad day taking pictures beats a good day dry-walling! So off for a walkabout I went. Camera in hand, and a head full of worries and wants, I proceed to untangle my being doing something I love. Here is one from the day.