I have spent several days trying to get  a decent shot of the Hummingbirds at our feeder. Over the weekend I finally got one that was worth sharing, so here it is finally! 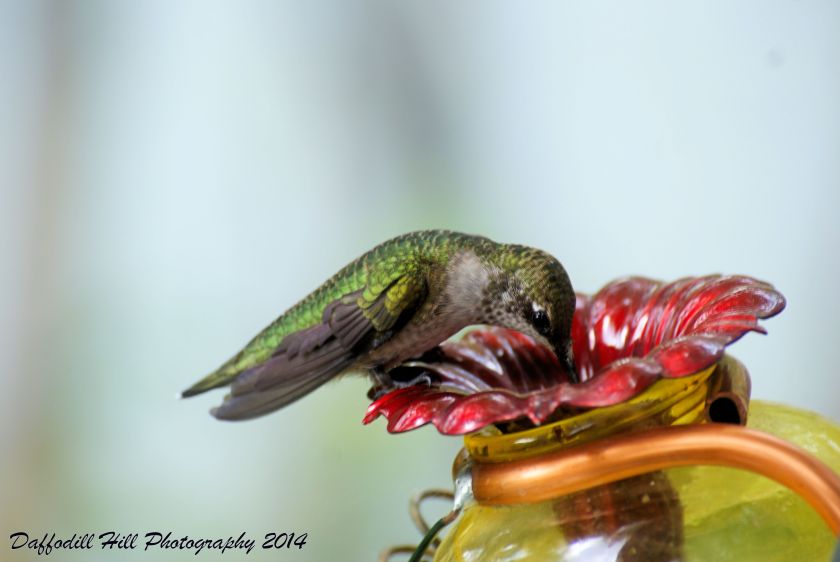 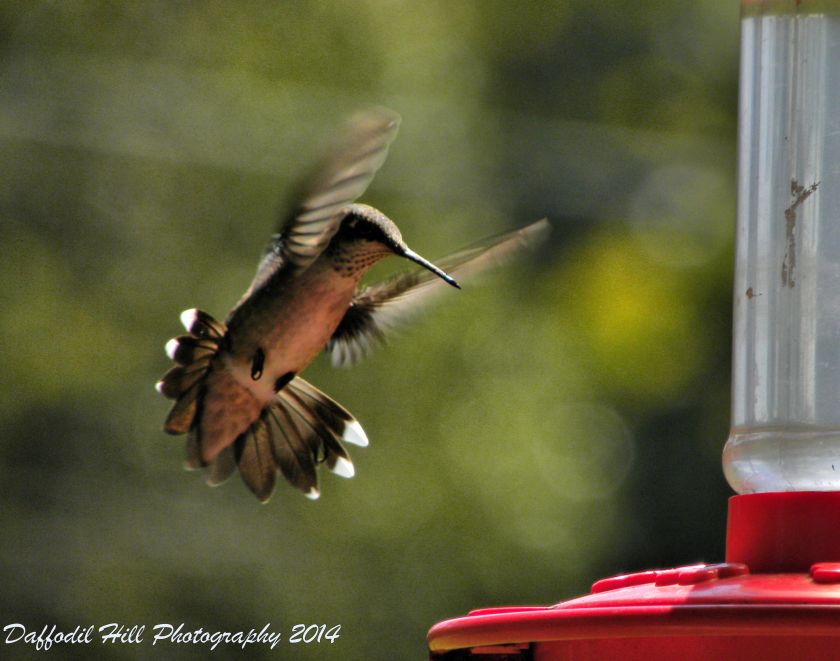 Yesterday I had a big project I needed to do before the rains hit our area. I was able to get it done and had time before it started rain to get a few clicks in. I decided to try to get a shot of the Hummingbirds feeding on the Jewelweed out back of our house. I found a little spot along the fence line where I could be partially hidden and stood there and waited. And waited. And waited some more.I could hear the Hummingbirds chattering away behind me so I knew they would eventually make around but I was getting attacked by several types of flying insects and was not sure how long I could hold out. After the second fly-by of a very large wasp I decided it was time to go but really wanted to get something for my efforts. I knew if I moved quickly the Hummingbirds behind me would scatters so to minimize that possibility I pivoted around without moving my feet. I could hear the buzz of wings of the Hummingbirds as they moved about and one of the birds turned and came towards me. It landed on a branch not far from me, checking me out as it also keep an eye out for the other Hummingbirds. As it was looking up I carefully lifted my camera and snapped away. This shot, and two in the arm by a thorn-bush I did not know was there, is what I got for my effort. 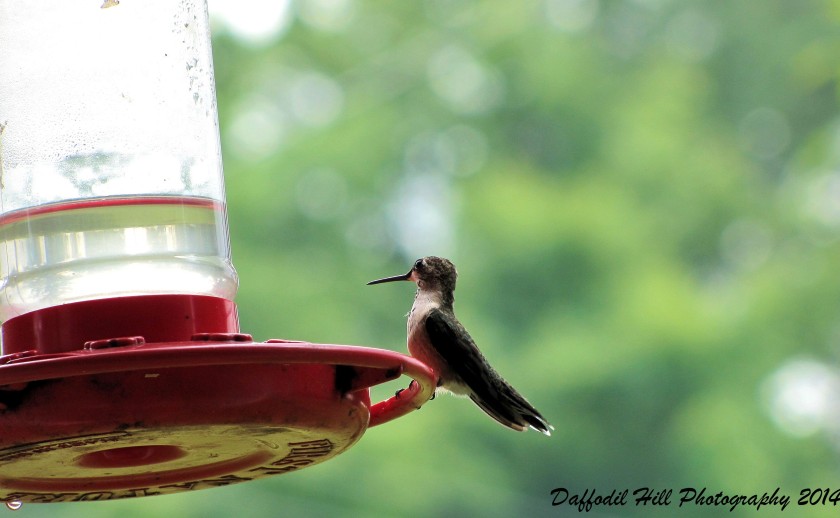 It took a bit longer than the past two years for the Hummingbirds to show up but three have been by the feeder today. This one was very cooperative for a Hummingbird, like they wanted me to know  “We are back”. 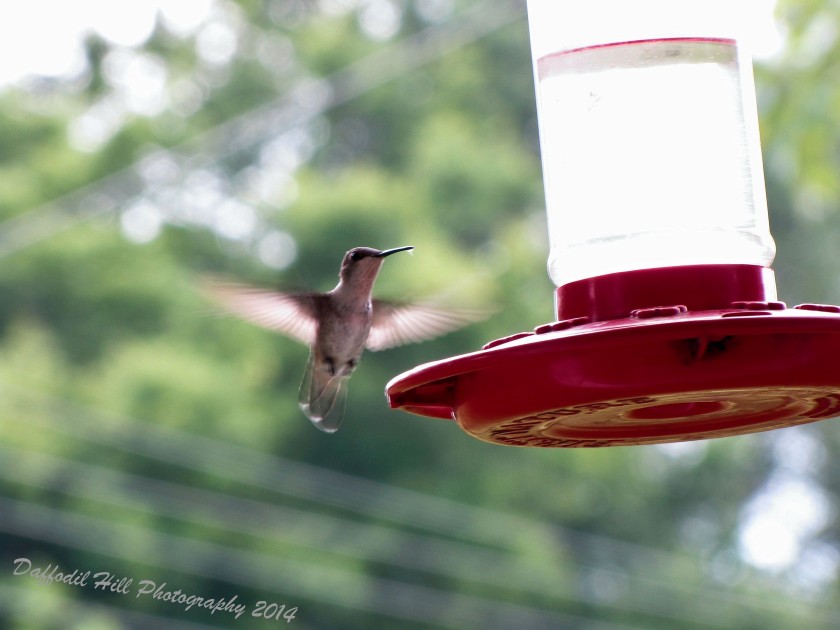 I did not  post very many of my hummingbird attempts from this past summer because, uh, well they sucked. I have a plan to move the feeders to a more photo-op friendly location next year but till then here are a few hummingbirds past. 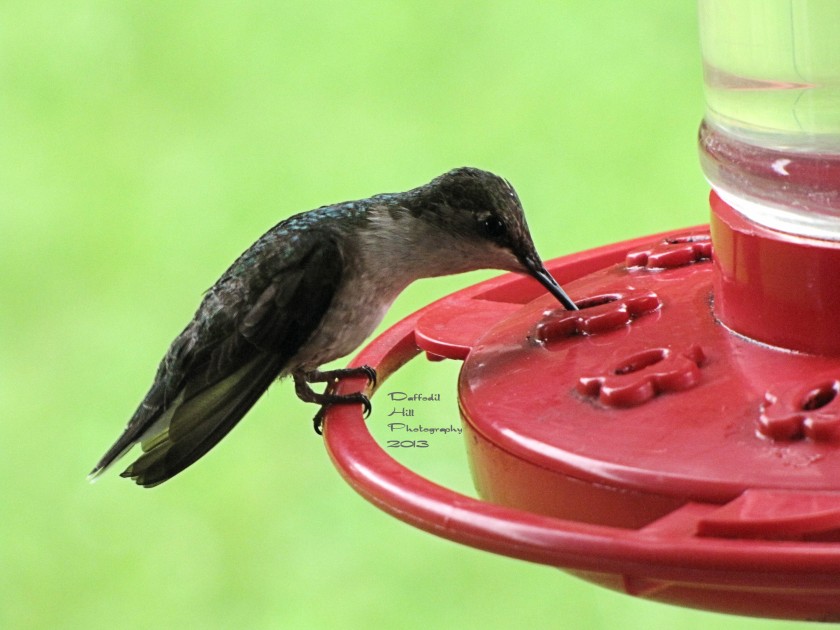 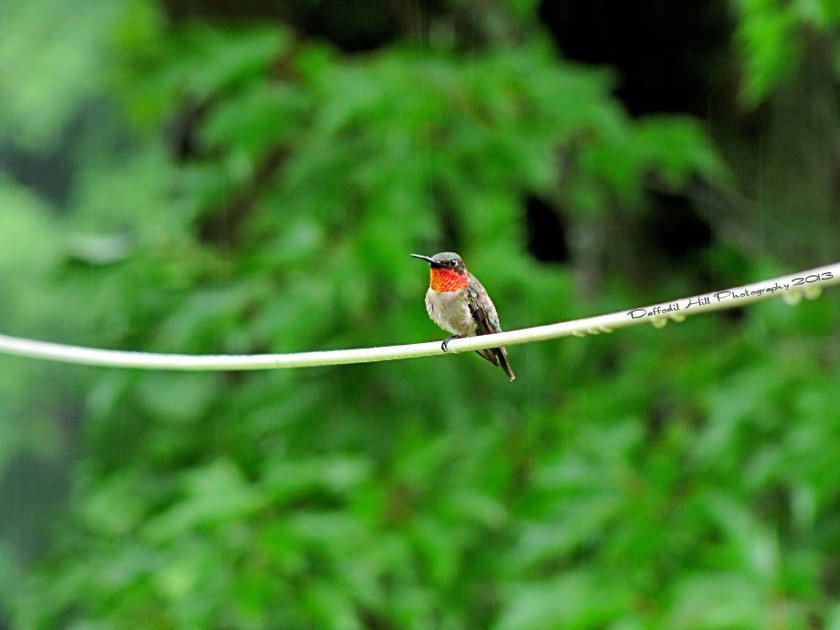 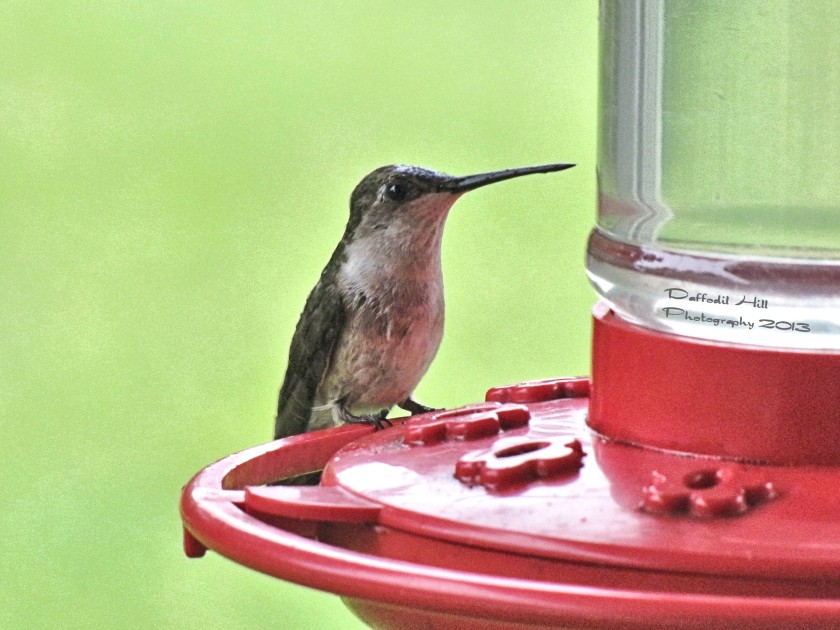 I was trying to get a few decent captures of the hummingbirds on our place before they migrate. I lined up this shot, took the snap and looked up and the hummingbird was about four feet from me!  It was just hanging out and seeing what I was up to I suppose. It flew off and  I knew I missed the shot. When I downloaded the pics this is what I captured.