The pollinators are starting to arrive, and going about their business, macro season nears. Tme to get beezy. 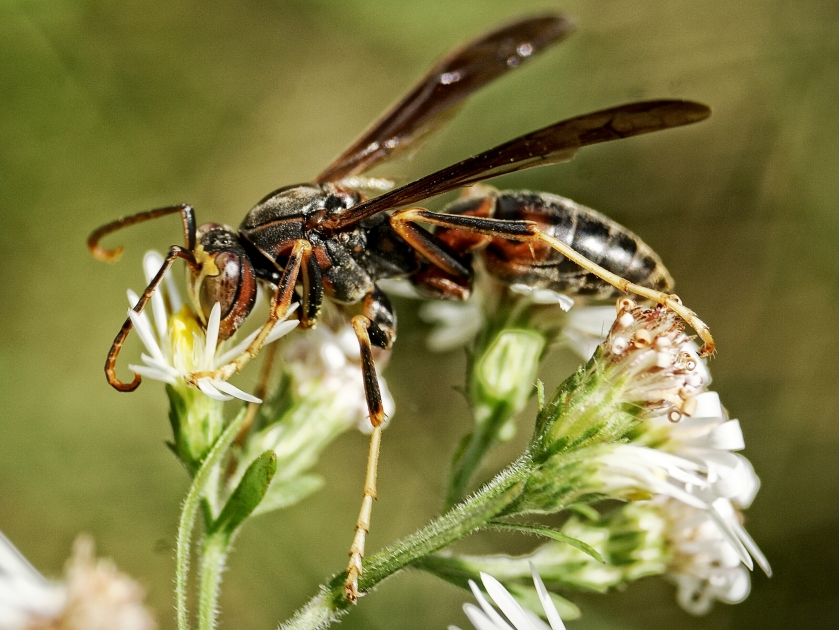 After being stuck in our home since early yesterday evening something had to give. I broke out the extension tubes, an old Minolta film lense, the A300 and went in search of a few good macro this afternoon. I picked water droplets: Too hard to focus properly but I will try again because I think I can figure that one out. Barb wire barbs: Could not get my back to cooperate with me bending over in the cold temps. I will also try those again in the Spring, all though there will not be snow on them, which was what I was trying to capture. Snow on dead vegetation: Had a little luck with that and non-snow covered dead vegetation. The challenge here was once again the wind. So out of the dozen or so shots I learned a bit and have new goals. Till the next time enjoy this little flower skeleton with snow on it. I thought the wind blew it out of frame but apparently I got this before it did. 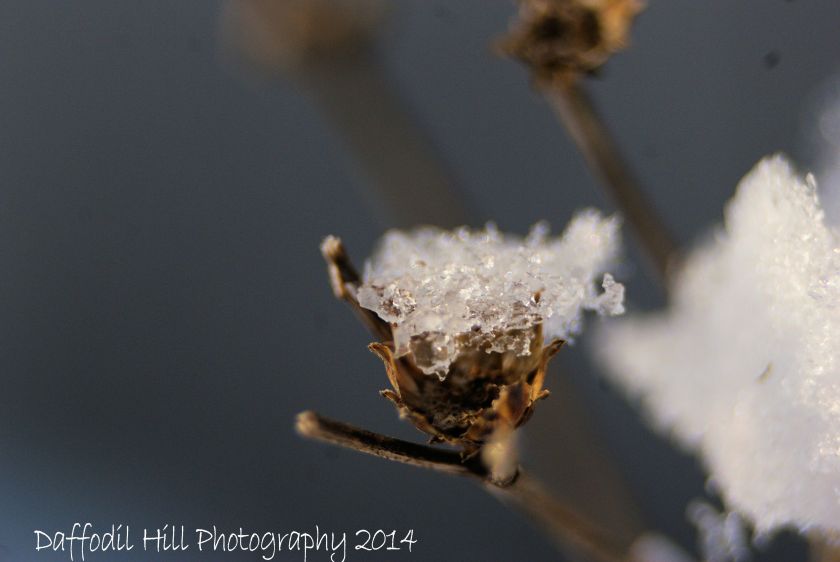