In response to Cardinal Guzman’s challenge, as a guest of Paula’s @ Lost in Translation, here is one of a small town’s downtown. The first challenge I took a shot of this area with a DSLR. It was in the cold and the wind was ever-present with its wintry sting. It was also around 1AM Christmas morning and, though it was cold, there was a lightness about the place. I took this shot today (pictured in this post) with a 6 megapixel point and shot. The day was pleasantly warm but overcast by the time I could get out and take a few snaps. Instead of taking the shot in the same spot as before, I took it in the middle of the street. I wanted to show a contrast of how two shots of the same place can cast a different flavor if you will on the same place. 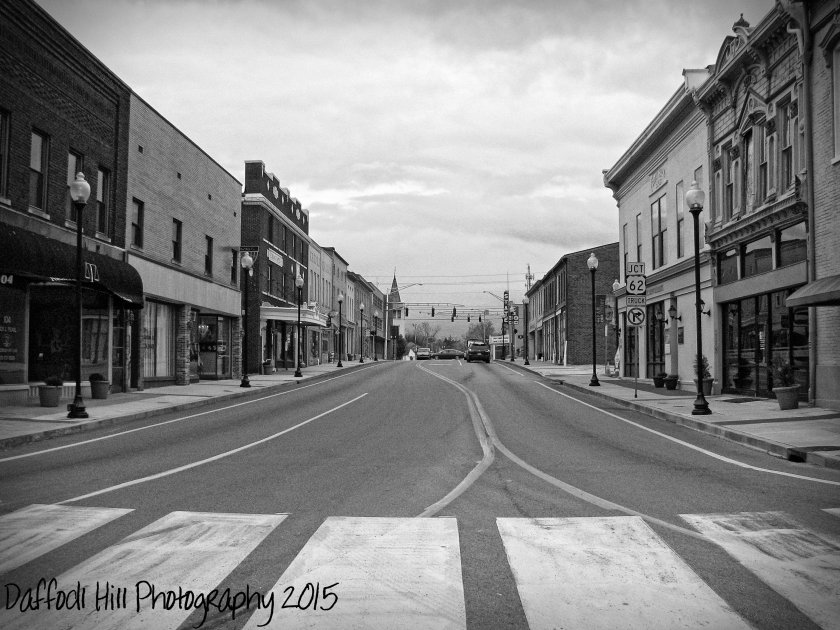 I am a 59 year old guy who is asking questions about life like "what does it all mean?" and " how come hair will not grow on my head but grows real fast on my ears and back?" you know the deep stuff. I believe in Jesus Christ and that He died for all. The rest I am still working on. View all posts by The Jagged Man