Love him or hate him, Dale Earnhardt has to be the number one loved son of NASCAR. I will be honest I was not a fan of his but the “feel” of racing in NASCAR has not been the same since his death February 18th, 2001. I have however have been a fan of the paint schemes of the “Intimidator’s” cars. His normal intimidating black scheme was simple, and hard to miss, as he mixed it up among other more lively painted vehicles. I loved his 1996 Red, White and Blue 100th Anniversary of the Olympics that was being hosted in Atlanta that year. My favorite though is the Red Coca-Cola paint scheme he ran in an exhibition race in 1998 at the Twin Ring Motegi in Motegi, Japan. It was the first time Senior raced against his son Dale Jr in Winston Cup. Fittingly enough Jr’s Coca-Cola’s paint scheme was almost all black.

With the 2016 NASCAR season about to kick off in a few weeks I decided to post two pictures of my favorite “car-on-a-shelf”, Sr’s Coca-Cola car in a commemorative car by Action Racing Collectibles.  The first I love because Jr’s number 8 is being “held” by Sr’s number 3. I took it with my Canon S3is as part of a shot-a-day project I attempted. The second is my take on the what true Dale Sr fans are: True. I hope you enjoy both. 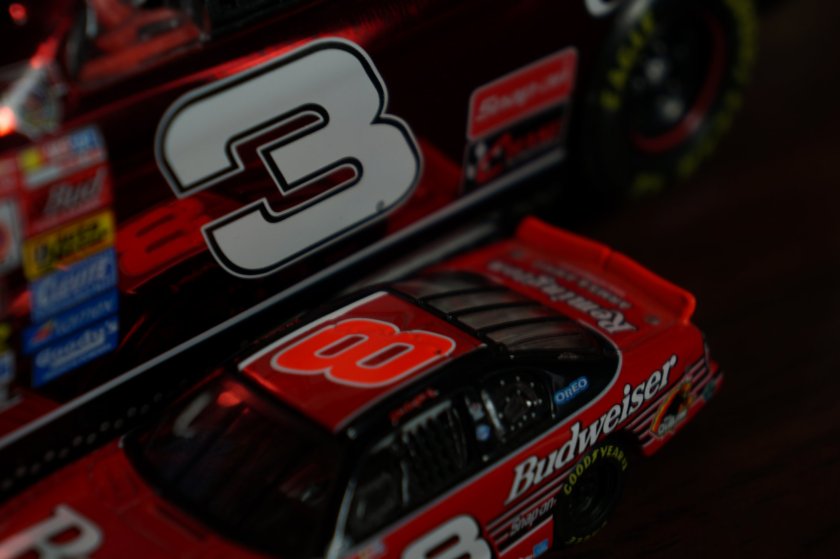 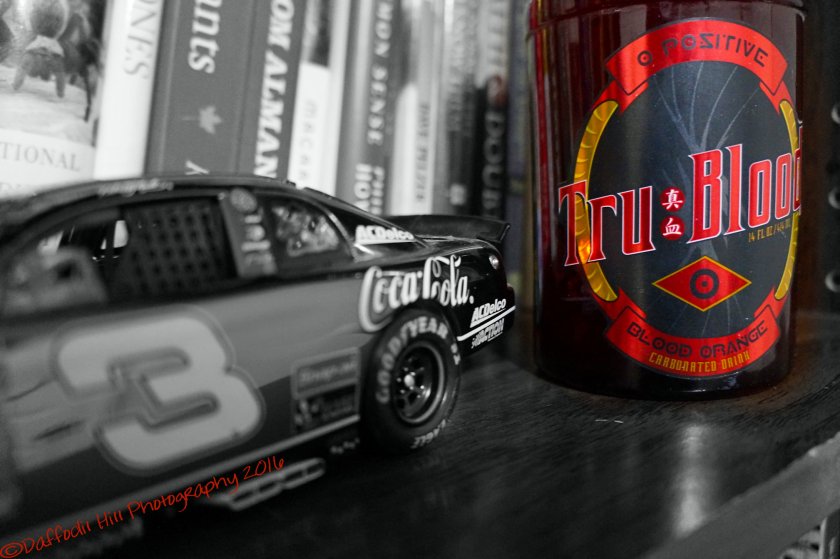 I am a 57 year old guy who is asking questions about life like "what does it all mean?" and " how come hair will not grow on my head but grows real fast on my ears and back?" you know the deep stuff. I am married and have been for 26 years to the same wonderful woman( read into that: she puts up with me and I married up). I believe in Jesus Christ and that He died for all. The rest I am still working on. View all posts by The Jagged Man

2 thoughts on “NASCAR’s Number One Son”